Over the past 20 years, the Steamboat Soccer Academy has amassed a very talented and stylistically diverse coaching staff. Handpicked specifically for their ability to teach the game the game of soccer, our staff represents one of the strongest facets of our program. Much of our staff has international, professional, and college playing and coaching experience, and are on the field every session working directly with each camp participant.

In addition to our coaches, we have an excellent support staff consisting of assistant coaches, dorm counselors, and chaperones. Furthermore, we have athletic trainers and medical staff on location or on call 24 hours a day throughout each camp session. 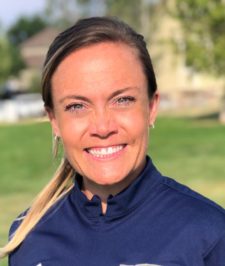 Kelly Brown, formerly Kelly Labor, returns to Steamboat Soccer Club where she was a player from 1997-2006. Brown graduated Steamboat Springs High School in 2006 and played for the Sailors. Brown then went on to play DII at Regis University and then three years at DI, University of Nevada Las Vegas before she started coaching.  Brown has been a college soccer coach since 2010 and was most recently the head coach of the Division II Regis University Women’s Soccer Team.  Prior to that, Brown spent three years as an assistant coach at the University of Colorado and four years as an assistant coach at Colorado State University.  Brown has also spent nine years in the Olympic Development State, Regional and National programs.  While on staff, she has coached teams through several international tours, tournaments, national training camps and centers, regional camps and sub-regional events.  Brown holds her NSCAA National and Advanced National Coaching License. She has spent the past 14 years coaching club soccer for all levels and ages and has received numerous Coach of the Year Awards, in 2015 with Arsenal Colorado and in 2019 with FC Boulder and was nominated for Colorado State Youth Soccer Competitive Coach of the Year. Along with coaching, Brown has acted as the College Advisory Program Director and a Sport Psychology Performance Educator. Brown completed her undergrad degree in Psychology in 2010, a Masters Degree in Industrial Organizational Psychology with a specialization in leadership development in 2012, and is currently pursuing a second masters in the MBA program at Regis University. 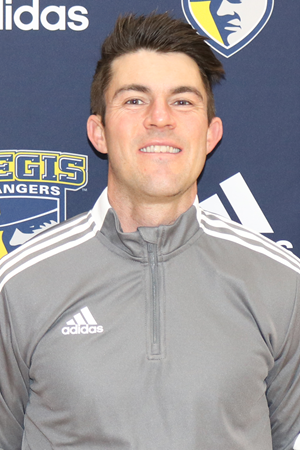 Fields Brown is the new Club Director of Steamboat Soccer Club, coming to the area from 7 years on the Front Range, working with Arsenal Colorado, FC Boulder, and the Colorado Rapids. He is currently pursuing his "A" License, and has worked SSA in previous years as a coach. He was the 2014 Tennesse State Soccer Association Coach of the Year, as well as the United Soccer Coaches 2019 West Region Coach of the Year, and brings experience at the club, college, semi-professional, and ODP levels. 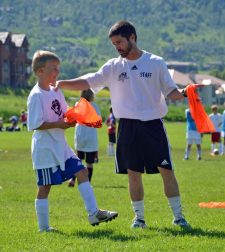 Coach Hobey has served as Steamboat Soccer Club’s Technical Director since 2008, with his primary role within the club being in charge of player development and education. Hobey holds the National, Advanced National, and Goal Keeper Level 1 Diplomas from United Soccer Coaches.  And also holds his C license and Grass Roots Coaching Educator License from the US Soccer Federation.  He has worked as a staff member with the West Region ODP programs and his playing career included one year at NAIA school Lindsey Wilson College as well as three years at NCAA Division II school St. Joseph’s College.

Z Lozano is the director of Zpro Futbol, Colorado's Premier Goalkeeper Training Center. Coach Z is a Former Pro keeper and now keeper coach for more than 10 years. Z also works as a goalkeeping specialist for professional clubs from around the world to train their Professional goalkeepers during their pre-seasons and off sessions.

He has a master's degree in sport and exercise science and he continues to work closely with experts in the field of advanced exercise physiology, sports psychology, and Biomechanics human movement to develop more effective and advanced training programs for the modern goalkeeper. "Our goal is to introduce goalkeepers to a modern training style and new training programs to help keepers meet the demands of the 21st-century game".

For more about Coach Z visit his Zpro profile.

J.B. is the current Head Women's Coach at UCCS.

Belzer, the former Head Coach for 24 years at Regis University in Denver, CO. He was also the Co-Director of the Regis Soccer Academy. In addition to having coached a number of girl's club squads, Belzer has also spent time with several boy's and girl's Olympic Development Program (ODP) teams. From 1998 to 2001, Belzer served as the Chair on the NCAA II Midwest Regional Rankings Committee and was the National Chair in 2001. Belzer holds both an USC Premier Diploma and a US Soccer National "A" License. At Regis University, Belzer is ranked  10th with most wins in NCAA Division II history. Coach Belzer has more than 250 wins and guided the Rangers to five consecutive NCAA Division II Tournament appearances from 2008-2012, a first in Regis history.

Former Head Women’s Soccer Coach at the University of Louisiana at Monroe, Stacy is currently the Head Coach at Green Hope High School in Cary, NC, one of the nation’s top women’s high school programs. The face of the ULM women’s soccer team since the 2001 campaign, Stacy Lamb spent the eight years establishing herself as one of the top coaches in the region after taking the reins of one of the country’s most promising growing programs. Recognized by her peers as one of the top coaches in the profession, Lamb was named Coach of the Year in 2001 – her first season as a Division I head coach – by both the Southland Conference and the Louisiana Sports Writers Association. Stacy is a USSF ‘A’ Licensed coach. Stacy is a former All-American player at Less-McCrae College. Her career points and assists totals are still ranked at the top at Lees-McRae. In the fall of 2006, Lamb was named to the CVAC All-Time Women’s Soccer Team.

Freddy is currently Assistant Coach for Dixie State University women's soccer team. He was the former head Women’s Soccer Coach at New Mexico St. University and the University of Arkansas at Little Rock. Freddy Delgado made history in his second season at UALR in 2009, guiding the Trojans to the program's first appearance in the Sun Belt Conference Tournament championship game. The 2009 Trojans also made Sun Belt Tournament history by becoming the first No. 8-seed to knock off a No. 1-seed, scoring a 1-0 overtime victory against Florida International on Nov. 4, 2009.

Coach Delgado is a USSF ‘A’ Licensed coach, and USC Advanced National Licensed Coach. Freddy is also a former assistant coach at the University of Louisiana at Monroe.

As a player Freddy was standout at Regis University from 1993-97, Delgado began his coaching career at his alma mater, wherein four years as an assistant coach (1997-2001) he helped guide the women's program to the 1999 Rocky Mountain Athletic Conference regular-season championship and a conference tournament title in 2000. During his time at Regis, Delgado also served on the staff of the Colorado Olympic Development Program from 1997-2001. 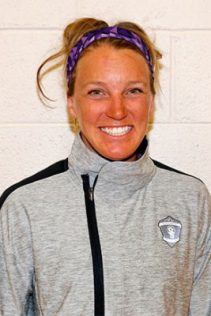 Travis Yoakum is the Director of Coaching (DOC) for the Vail Valley Soccer Club. Yoakum holds his USSF “A” Coaching License, USYS National Youth License and USC Level 2 Goalkeeper Licenses. He is also currently the Director of the Western Slope Olympic Development Program and evaluator, as well as being one of Colorado Soccer Association’s License instructors.

Coach Peter Nash oversees the Fort Collins Soccer club U11-U19 girls competitive division of the club, with a focus on player and coach development. Additional responsibilities include coaching the under 13 and under 14 girls Academy teams for the club.

Coach Nash most recently worked for Richmond Strikers in Richmond, VA as both the Director of Travel Soccer and Director of Sport. While in Richmond, Nash’s responsibilities included overseeing the development of players and coaches, implementing training activities and standards, and creating and maintaining club training materials. He holds his USSF A coaching license and was actively involved in the Strikers ECNL program. 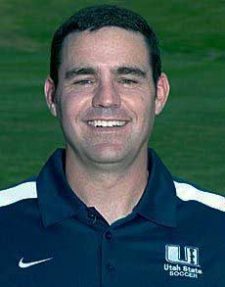 Wachsman holds a National "B" license from the United States Soccer Federation, as well as an Advanced National Diploma from the NSCAA. He previously worked as administrative director/staff coach at the Steamboat Soccer Academy in Steamboat Springs, Colo. Wachsman earned his bachelor's degree in exercise science from Fort Lewis College (Colo.) in 2000 and his master's degree in physical education/kinesiology in December of 2002 from Northern Colorado. Coach Wachsman is also Certified Strength and Conditioning Specialist. 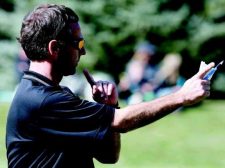 Dave Cope has been an instrumental part of the Steamboat Soccer Academy since it’s inception in 1994. As an SSA Staff coach for the past 20+ years, he has positively impacted hundreds of players. In 2012, Dave led the Battle Mountain Men's Huskies to a Colorado 4A State Championship Title. The Huskies debatably showed to be one of the most exciting High School Teams to ever play on Colorado soil. They went 20-0, became the first team west of the Eisenhower Tunnel to win a 4A State Soccer Title, and Coach Cope was named the Colorado HS Soccer Coach of the Year. Coach David Cope is a USSF “A” Licensed Coach, an English F.A. Badge Coach, and a USC Premier Badge Coach and is a former Colorado O.D.P. Coach. 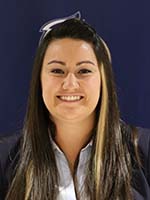 With more than five years of coaching experience, Cardenas most recently was the head coach at Otero Junior College where she guided the Rattlers to NJCAA Region IX Tournament Finals. In just two years, she mentored 14 all-region student-athletes including nine first-team honorees.

A native of Wheat Ridge, Colorado, Cardenas spent two years as the assistant coach at OJC before being named head coach. She received the NJCAA Region IX Coach of the Year. Prior to her time at OJC, Cardenas worked as an assistant coach at Eastern New Mexico University (ENMU) and has coached at both the club and high school levels in the Denver area.

As an athlete, she played four seasons at ENMU and was a two-time team captain. She holds the school record for most goalkeeper wins in a season, most career shutouts, most career minutes played, most career games started and recorded the most shutouts in a single season (6) twice. She was a constant on the athletic honor roll as a student-athlete.

She received her bachelor of science degree in environmental science from ENMU in 2012. 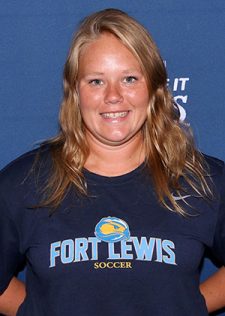 Amanda Raso is the assistant coach for the Western Colorado University women's soccer program. Raso, who played goalkeeper for the Fort Lewis, Skyhawks from 2010-13, works primarily with the goalkeepers.

Raso, who is in her third season with the Skyhawks, has earned the NSCAA National Diploma, the NSCAA Level 1 and 2 Goalkeeper Diploma, and the USSF E License.

A four-year letter winner and a two-year starter, Raso earned Rocky Mountain Athletic Conference Academic Honor Roll accolades in 2011, 2012 and 2013.  She played in 43 games between the posts, the seventh most all-time in program history. Raso ranks second in the career record books in best winning percentage (.744), third in most wins (26), fifth in most shutouts (11) and best goals against average (.971), and seventh in most minutes played (3,614) and saves (126).

After graduating from Fort Lewis, Raso attended Midwestern State University in Wichita Falls, Texas.  At MSU, she served as the graduate assistant coach for the women's soccer program while working toward her graduate degree in Counseling.

Coach Fred Delgado Sr sadly passed away in 2019 due to COVID-19 complications. Coach Delgado was an important part of the SSA family, and truly enjoyed every minute of coaching. His passion for the game and love of life was infectious and will be missed by all the players and coaches he worked with over his more than 30 years of Coaching.

In his memory, SSA offers 2 scholarships for campers to attend SSA. More details about the scholarship are available upon request.