As the Steamboat Soccer Club and Steamboat Soccer Academy Director for over 25 years, I believe it is fair to say that I have a fair knowledge of the benefits of attending summer soccer camps and what to consider when researching potential camps to attend.

What is the value of attending a soccer camp?

Players who attend soccer camps have the opportunity to play with new players that are as dedicated to the sport as them, challenging them by showing them more ways the game is played by players outside of their team. Have the opportunity to work with coaches and trainers outside your local set of coaches is one is extremely valuable. Player development is a process. The diversity of working with different coaching personalities provides alternative perspectives. Camps also provided lots of training in a compact amount of time, usually allowing young players to progress very quickly when learning new skills and tactics.

Considerations when looking at soccer camps 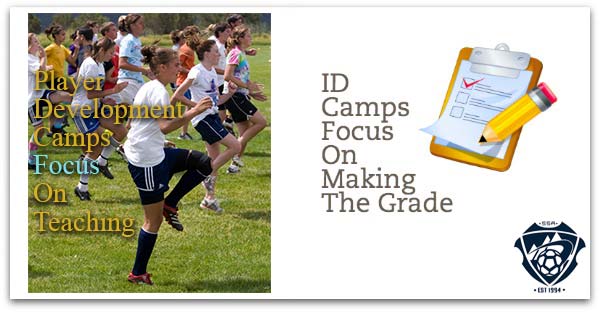 Camps labeled as player development will focus on skill development and training. Additionally, the top level camps will focus on the development of the complete person along with on-field development. For example, at the Steamboat Soccer Academy, we provide mental skill training and developing strong character skills.

College ID Camps provide older players to play in front of one or more college coaches with other players looking to play college soccer. Players should look to attend these camps during their early high school years. Most of the time players will get to be coached by the college coaches, so they get to experience what they are like as coaches and how they treat their players. Many college coaches will recruit at club tournaments and college showcases, so the players that only play high school soccer often get overlooked or under-recruited. By going to camps where there will be coaches from the other colleges, it gives a player a chance to get on the coach’s recruiting radar.

Camps can also be a fantastic opportunity for an entire team to attend as a group to prepare prior to an upcoming season or rebuild for their next. Consider asking other families from your club or high school team to attend camps together to get the most benefit for a team.

How long has the camp been around? What kind of reputation does the camp have?
Most camp directors will provide references of past campers.

Does the camp list staff with credentials from NSCAA, UEFA or USSF related to coaching youth, high school or collegiate soccer?

What kind of off-field activities does the camp offer? The focus of the camp should be soccer, however in order to manage the legs of the players’ downtime from soccer activity is vital. Is time away from the field just hanging in a dorm room or does the camp offer classroom sessions? Downtime at the Steamboat Soccer Academy gets participants primed for the next session. A trip to the Old Town Hot Springs pool, a float down the Yampa River, and several high-energy classroom sessions highlight our off-field activities.

There is a large pool of soccer camps out there to choose from. Once you identify which best fits the needs of your player, based on category, reputation, schedule, and budget, you will have a pretty easy time deciding where to attend. 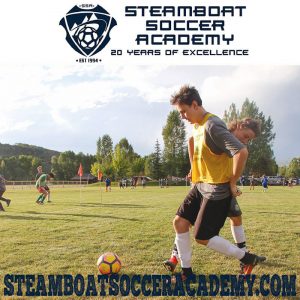